Six more chapters to edit and a final punctuation and grammar pass and then my book will be ready for formatting. I’m hoping to have it up on Amazon by the end of February. It’s so exciting; I can’t wait to release my book into the wild.

I hope that everyone who has read it has enjoyed the first chapter. Many thanks to all of you that have taken the time to have a look at it.  If you’ve not seen it yet, you can find it here:

My artist has now finished the cover to Mantica. I’m really pleased with it and think it captures the style of the book really well.

I’m currently well into editing Mantica and thought I’d post up a sample chapter. The book is an action-packed sci-fi/fantasy adventure, and I have included a link to the first chapter in this post. I am aiming to get the book out early next year though there is still quite a way to go before I can release it out into the wild :). I hope you enjoy the read.

I read a blog post today about character generation and development, and was reminded of some of my early characters’ shenanigans. I had been reading through a book on novel writing, getting tips where I could and one of the suggestions in this one was to imagine your characters in everyday situations, to have dialogues with them or to imagine dialogues they could have with each other. At the time I was writing a fantasy story where the antagonist carried around a large sword. He had a very tall, stout, sidekick who was more inclined to crush things than use the finesse of his master, but would follow orders implicitly. Having these two characters interact in situations such as supermarket shopping or at the laundrette or even on a visit to the hair dresser often ended with me chuckling and the word ‘chop’ as the protagonist invariably made use of his sword on the poor unsuspecting public, following a brief exchange between the victim and the unlikely pair.

It was a fun way to play with the characters, I’m not sure how useful this was or how much it contributed to their development when writing the book but it can certainly lead to situations you’d never imagine otherwise, and the cross genre setting only added to the fun. It allows you to see your characters as real people and to interact with them in a novel (excuse the pun), yet familiar way, though in my case the situations did tend to veer toward the comedic, even though the book wasn’t a comedy.

So, an exciting time for me. I’ve finished the first part of my story and am going through the final stages of editing before publishing my book on Amazon Kindle :). As soon as I have a chapter that I consider polished enough for release, I’ll post up a sample on this site for you all to read. The book is a science fiction and fantasy fusion and I hope that when it’s published it can be enjoyed by people who love both genres. Writing it has been a blast and I am looking forward to getting stuck into Book Two.

I have always loved reading and at an early age, my love of writing grew too. English was one of my favourite subjects at school and I would hand in essays that were far too long, as I became carried away with the narrative of the story. Since then I have written mainly for myself, but always with the view of getting something published… and here I am 🙂 on the cusp.

I’m always happy to receive any constructive criticism and tips or just a ‘hi’ from any of you folks that choose to follow me. So a big hello to you all. 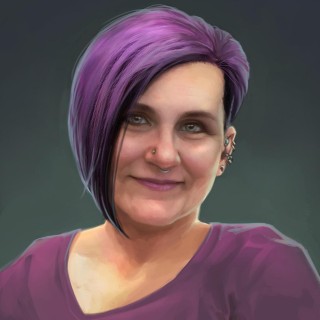 Traci Lane is a mother of two boys and has lived in Australia for 11 years having been born in the United Kingdom. She has enjoyed both reading and writing since an early age and is about to publish her first book, Mantica: Book 1 - Scions on Amazon Kindle.